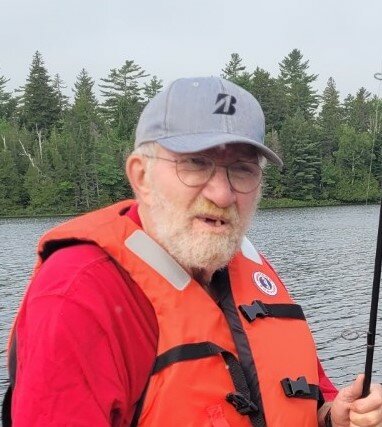 The passing of Richard “Dick” Andrew Holt of Fredericton, NB, husband of Mary (Whittle) Slaney, occurred on November 28, 2022 at Hospice House in Fredericton, NB.  Born on August 1, 1944 in Ontario he was the son of the late Richard Sr. and Agnes (Cameron) Holt. Dick was a HVAC technician. Dick loved being on the water fishing in the company of his daughter or grandkids; whoever would go with him on that day. He took great pride in his work and loved being able to work as long as he did. He made great friends on the jobsite and had such pride in teaching his grandson Matthew the tricks of the trade.

A Celebration of Dick’s Life will take place at York Funeral Home, 302 Brookside Drive, Fredericton on Thursday, December 1, 2022 from 6-8 pm.  Interment will be in Oromocto Pioneer Gardens at a later date. For those who wish, remembrances may be made to Fredericton Hospice.  Personal condolences may be offered through www.yorkfh.com

Look inside to read what others have shared
Family and friends are coming together online to create a special keepsake. Every memory left on the online obituary will be automatically included in this book.
View Tribute Book
Share Your Memory of
Richard
Upload Your Memory View All Memories
Be the first to upload a memory!
Share A Memory
Send Flowers