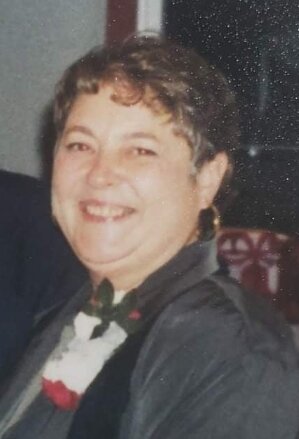 Please share a memory of Brenda to include in a keepsake book for family and friends.
View Tribute Book

After a courageous battle with cancer, where her spirits were always high and her attitude so positive, Brenda Taylor-Grattan joined her love, Everette Grattan, on Friday November 18, 2022. She was surrounded by family and friends throughout her stay at the Dr Everett Chalmers Hospital. Born on August 13, 1951 in Fredericton, NB, she was the daughter of the late Donnie and Vi (Wilkins) Taylor.

Brenda was proud of being from Devon and always said it was a special place to call home and that you had to be from there to get it. Her stories of growing up on Neill St, attending the Devon School, and having everyone go to her house as the hangout, always filled her with such happiness. Her second home was at the lake where she could be found playing Scrabble, watching the sunsets, hoping for a really good thunderstorm, and having many potluck family dinners. Our lake family was extensive, and Brenda loved having company visit and join us at the table.

Brenda is survived by her daughter Vicki Coy (Dale), her son Rick Smith (Shelley), their father Jim Smith, her stepson Cory Grattan (Tracey), her brother Peter Taylor (Susan), and grandchildren Zachary Smith, Alyssa Smith (Jack McLean), Ethan Smith, Mikhailah Smith, Tyler Grattan (Emma), and Malcolm Hudson. Brenda is also survived by many extended family members including aunts Jean, Marlene, Marg, and Joan, an uncle Robert (Georgie), Smith in-laws Merlin and Elaine, Grattan in-laws Elaine (Steve), Danny (Kathy), and Rick (Rolande), and many cousins, nieces, and nephews. She always considered her friends as family. We would like to give a special thank you to Marj Stewart, Jenny McKeil, and Margaret Thompson who supported Brenda, made her smile, and sat with her through these past couple of years.

There have been many losses in our family. Brenda was predeceased by the love of her life and childhood sweetheart, Everette Grattan, her parents, her brother Tom Taylor, her sisters-in-law Sylvia Smith and Gail Smith, parents-in-laws, Lil and Everette Grattan Sr., Inez and Albert Smith, her grandson Brady Grattan, brothers-in-law, Laurie Grattan and Darrell Smith, and many aunts, uncles, cousins, and friends.

We would like to say thank you for the incredible care that Brenda received during her stay at the DECH, especially the nurses and doctors in the Palliative Care Unit this past week. Their amazing devotion and attention to Brenda’s needs went above and beyond.

Instead of a funeral, there will be a Celebration of Life in her honour during the summer where we can all gather at the lake, her favourite place. In lieu of flowers, donations may be made to the Canadian Cancer Society, or to a charity of the donor’s choice.

This is not goodbye, this is see you later

Look inside to read what others have shared
Family and friends are coming together online to create a special keepsake. Every memory left on the online obituary will be automatically included in this book.
View Tribute Book
Share Your Memory of
Brenda
Upload Your Memory View All Memories
Be the first to upload a memory!
Share A Memory
Send Flowers