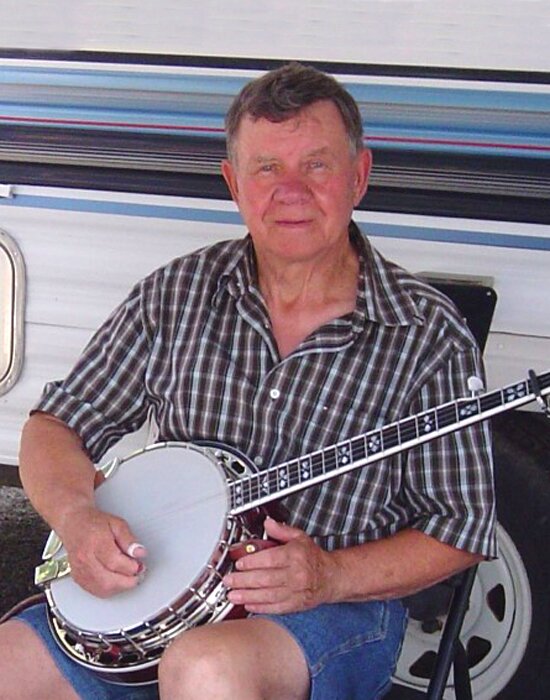 The passing of Ray Sterling Betts, husband of Lorenda Betts; beloved father, grandfather and affectionately known as “Grampy Doaktown”, occurred on Wednesday, November 9, 2022 at Shannex Neill Hall in Fredericton, NB.  Born on March 26, 1937 in , he was a son of the late and Mary () Betts.  Ray was a game warden for Department of Natural Resources, volunteered with Saint John Ambulance and was a fishing guide.. Ray was also a natural musician who started playing guitar as a young boy in his hometown of Doaktown. He later learned and enjoyed playing the banjo and attended with his wife, Lorenda, many Bluegrass Festivities in the state of where he met and gained lifelong friends through his love of Gospel and country music.

Besides his parents, Ray was predeceased by his brothers, Howard Betts and Norman Betts.

Arrangements have been entrusted to the loving care of York Funeral Home’s Miramichi Valley Chapel. A Graveside Service will be held in on Tuesday, November 15, 2022 at 1 pm with Pastor Carl O’Donnell officiating. Ray’s family would like to thank the staff at Shannex Neill Hall for being so wonderful in the year he was there and for being so compassionate and kind to the family during his last days. For those who wish, remembrances may be made to a charity of the donor’s choice. Personal condolences may be offered through www.yorkfh.com