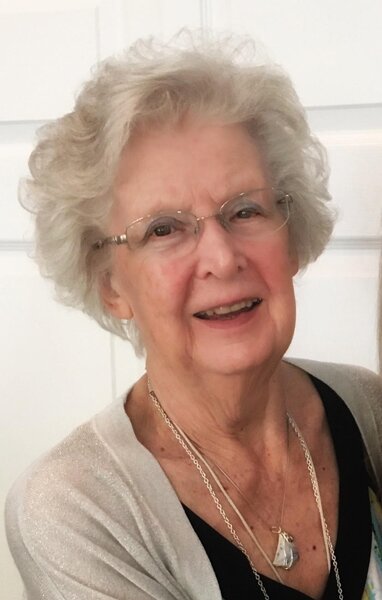 Please share a memory of Alice to include in a keepsake book for family and friends.
View Tribute Book

The world has lost a beautiful soul, but Heaven has gained her!

Alice Vivian McKinley has gone to be with her Saviour, and to be reunited with her beloved Jack. Her peaceful passing took place November 7, 2022 at Hospice House, She was 86 years young.

was a hardworking, devoted wife and mother. Family meant everything, and that led to annual family camping trips every NB day weekend to a different destination in . Mum pre-planned and organized every aspect of these trips so the children and grandchildren could enjoy coming together. We experienced the outdoors: whale watching, kayaking, tours and attractions. We even climbed ! And let’s not forget Christmas Eve gatherings, at home in Penniac, where forty or more would gather for lasagna and the reading of ‘Twas the Night Before Christmas’.

Those who knew her would always remark about how put together and classy she was. Always dressed to the nines, and never without a necklace or two, she was the epitome of style and grace. She was patient, caring, kind and set an example for others. Her loving relationship with Dad was expressed with kisses and holding hands. Her love for others was evident in the connections she kept throughout her life. People were drawn to her. She truly was one of kind and will be deeply missed by those who loved her.

was born in Merigomish, , , and was a graduate of the , Sutherland’s River, NS, and Robinson’s , She was employed with W.C. Pitfield & Co., Ltd. (Investment Brokers) in for over six years, followed by four years for the Dean, Faculty of Education, . She had been employed in secretarial positions for over 23 years with the NB provincial government having worked for the Departments of Justice; Health and Community Services; and Tourism, Recreation and Heritage. She retired from the Department of Economic Development and Tourism in March of 1998.

Huge gratitude goes out to Dr. Cheryl Rushton, Terry Lee Clark and the Doctors, Nurses and Staff at Hospice House for the impeccable care Mum received.

To honour ’s request, there will be no visitation. A private memorial service will be held graveside at a later date, Rev. John Symonds officiating. Interment: , Personal condolences can be made through www.yorkfh.com

For those who wish, donations can be made to Hospice Fredericton, or to a charity of donor’s choice.

Look inside to read what others have shared
Family and friends are coming together online to create a special keepsake. Every memory left on the online obituary will be automatically included in this book.
View Tribute Book
Share Your Memory of
Alice
Upload Your Memory View All Memories
Be the first to upload a memory!
Share A Memory
Send Flowers