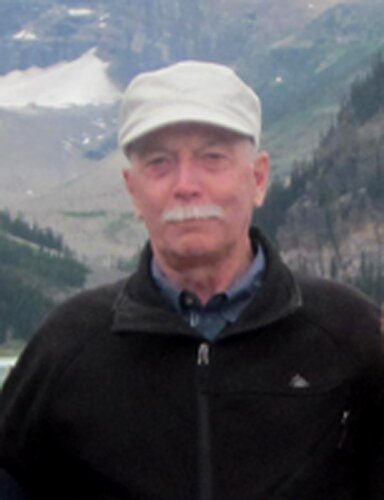 With confidence that he has found a place of rest and is united with Christ the family announces the passing of Paul Ian Folland of Fredericton, NB, husband of Jean (Chappell) Folland which occurred on Thursday, October 27, 2022 at the Dr. Everett Chalmers Regional Hospital.  Born on March 26, 1959 in Charlottetown, PEI, he was the son of the late Roy and Clara (MacLeod) Folland. Paul enjoyed being a part of Christ Central Church, Fredericton, NB.  In his early days, he worked for Hall and Staffords, where he was a First Class Moulder, in those days he loved golfing, skiing, curled and enjoyed playing guitar.  Paul hosted over 100 students from all over the world for both AFS and ELP, he always said what he gave to the students, he gained back ten-fold and more.  He had a great love for all animals, especially the horses and dogs that he owned over the years.  Paul will be remembered as a true friend, kind soul, with a gentle spirit, he had a prayer life and faith that was obvious to all who knew him.

Jean would like to thank God for the many extensions on my husband’s life and thanks to the doctors that God gifted to take care of him. Dr. Kerr for the many years you have looked after Paul, to Dr. Jamie Henderson, you made a difference both mentally and physically to Paul. To Dr. Oya, what a pleasure you were to him in the seriousness of it all, you found some joy to give. To the Doctors, Nurses and Support staff at SJR Nephothology Unit, you have been called to a hard task, you answer well. To the Extra Mural Nurses, you were lovely, professional, we truly appreciated you, especially his girls, Krista and Holly. To the owners and my coworkers at York Funeral Home, in the midst of it all you were there, thank you.

A Memorial Service will take place at Christ Central Church, 140 Clark Street, Fredericton, NB on Sunday, October 30, 2022 at 2 pm with Rev. Joe Crummey officiating.  His cremains will remain in the hands of his wife, until he is taken to his beloved Island where he will be laid to rest on the knoll of the hill in North Granville Cemetery.  For those who wish, remembrances can be made to North Granville Cemetery or Christ Central Church.  Personal condolences may be offered through www.yorkfh.com