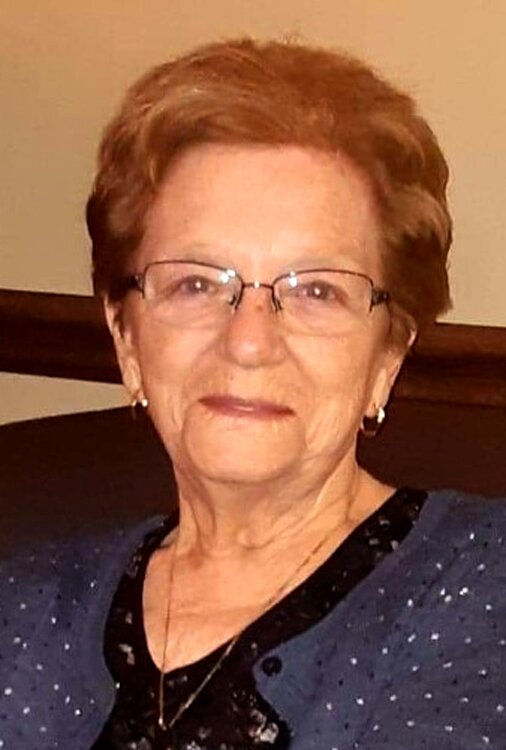 Please share a memory of Patricia to include in a keepsake book for family and friends.
View Tribute Book

The passing of Patricia "Pat" Marie Fullarton of Gagetown, NB, wife of the late Neill Scott Fullarton, occurred on October 26, 2022 at Enhanced Living Care Home, Gagetown, NB.  Born on August 27, 1940 in Fredericton, NB, she was the daughter of the late Mary Greene. She enjoyed baking, sewing, ceramics, and camping with her husband. Pat always liked to get together with friends on Friday nights for dinner. She especailly loved spending time with her grandchildren and great grandchildren.

Although there will be no Funeral Service a Visitation will take place at a later date. Interment will take place in Cross Creek Baptist Church Cemetery, Cross Creek at a later date. The family wish too express their heartfelt gratitude to the the nurses and staff of Enhanced Living, Gagetown. For those who wish, remembrances may be made to Alzheimer Society or Canadian Diabetes Association.  Personal condolences may be offered through www.yorkfh.com

Look inside to read what others have shared
Family and friends are coming together online to create a special keepsake. Every memory left on the online obituary will be automatically included in this book.
View Tribute Book
Share Your Memory of
Patricia
Upload Your Memory View All Memories
Be the first to upload a memory!
Share A Memory
Send Flowers