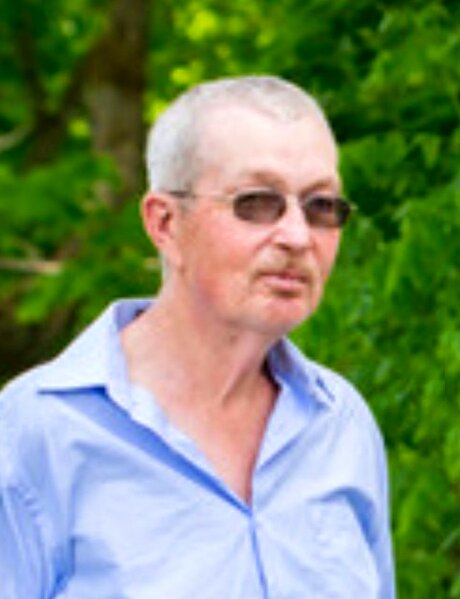 With great sadness we announce the passing of Carl William Moran, husband of Juliette Day of Durham Bridge on October 19, 2022 at the Dr. Everett Chalmers Regional Hospital.  Born on August 22, 1953 in Fredericton, NB, he was the son of the late Arthur and Eldora “Dolly” (Woodcock) Moran. Carl spent most of his career as a loader operator at Devon Lumber. He loved being in the woods, taking long walks and cutting pulp. Carl also had a special place in his heart for his feline friend, Polly.

Besides his parents, Carl was predeceased by his brothers, Fred, Melvin and Ronald “Tex” Moran; infant twin brothers, James and John.

Arrangements have been entrusted to the loving care of York Funeral Home. At Carl’s request, there will be no public services. A Private Graveside Service will be held in the Lower Durham Cemetery at a later date. For those who wish, remembrances may be made to the New Brunswick Heart and Stroke Foundation, Oromocto SPCA or donor’s choice.  Personal condolences may be offered through www.yorkfh.com

Share Your Memory of
Carl
Upload Your Memory View All Memories
Be the first to upload a memory!
Share A Memory
Send Flowers