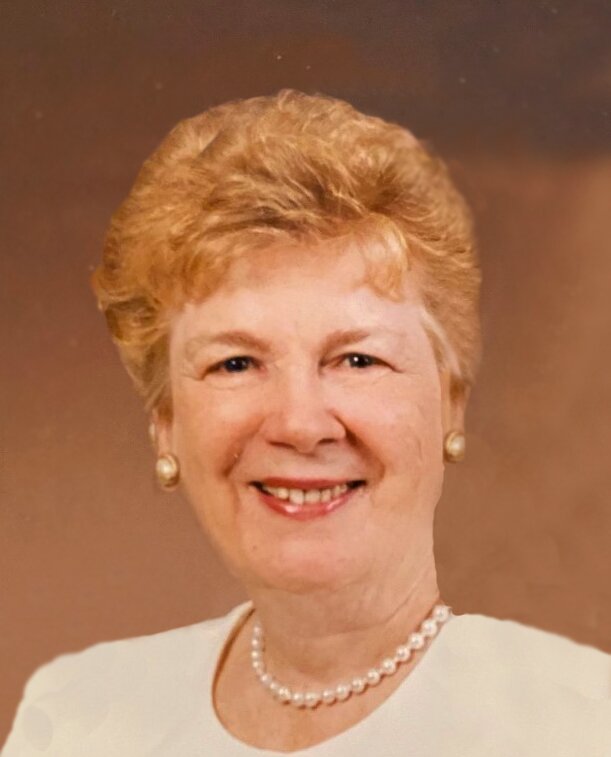 Please share a memory of Ruth to include in a keepsake book for family and friends.
View Tribute Book

The family of Ruth Main Carr sadly announce her passing on Friday, October 14, 2022 at Paradise Villa.  Born in 1927 in Moncton, N.B., Ruth moved with her parents, Leslie and Kate Kennedy, to Fredericton, where she spent her teenage years.

She met the love of her life, Gerald, at a church dance. The two married and had two children, Nancy (Stephen, deceased) of Riverview, N.B., and Bruce (Sue) Carr of Newcastle Centre, N.B.

Ruth was active in the UCW in Nashwaaksis and was a founding member of the Fort Nashwaak Chapter of the IODE. She was an avid bridge player and enjoyed gardening, curling, and knitting.

Both Ruth and Gerry looked forward to their many summer trips to Gerry’s target shooting competitions on the rifle ranges at Sussex and in Ontario, as well as their time in the Minas Basin in Nova Scotia, while Gerry taught shooting to cadets at nearby Camp Aldershot. In later years, they travelled extensively.

Blessed with a kind heart and a great sense of humour, Ruth enjoyed meeting people and had many friends, including her special friend Eleanor,of  Nova Scotia. She will be fondly remembered by her children for her support and generosity of spirit.

Predeceased by Gerald, and by her sister Greta (David) Niven, she is survived by her children, grandchildren Jennifer Pelkman, Daniel (Michelle) Pelkman, Shawn (Amy) Carr, and Christopher (Jaime) Carr, as well as several nieces and nephews and great-grandchildren.

At Ruth’s request, there will be no funeral or visitation. Cremation will take place at York Funeral Home followed by a private interment at a later date. Personal condolences may be offered through www.yorkfh.com.

The family would like to thank the administration and staff of Paradise Villa and Windsor Court for their care of Ruth over the past several years.

Share Your Memory of
Ruth
Upload Your Memory View All Memories
Be the first to upload a memory!
Share A Memory