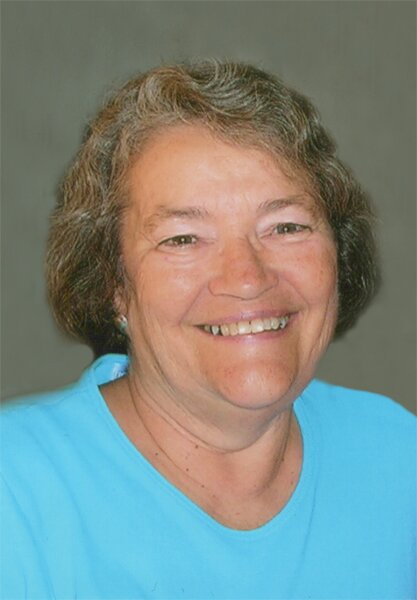 Obituary of Veronica May Miller

Please share a memory of Veronica to include in a keepsake book for family and friends.
View Tribute Book

The passing of Veronica May Miller of Fredericton, NB, wife of the late Franklyn "Buck" Miller, occurred on Monday, October 3, 2022 at Pine Grove Nursing Home, Fredericton, NB.  Born on July 21, 1938 in Cornwall, ON,  she was the daughter of the late Wilfred Joseph and Madeline Eliza (Wattie) Dupuis.  Veronica worked in retail. She was a very active member in the Catholic Community.

The Funeral Service will take place at York Funeral Home's T. Gordon MacLeod Memorial Chapel, 302 Brookside Drive, Fredericton, NB on Friday, October 7, 2022 at 2 pm with Father Maria Arokiam Chinnappan officiating. For those who wish, remembrances may be made to Pine Grove Foundation, Canadian Diabetes Association, New Brunswick Heart and Stroke Foundation or the charity of the donor’s choice.  Personal condolences may be offered through www.yorkfh.com

Look inside to read what others have shared
Family and friends are coming together online to create a special keepsake. Every memory left on the online obituary will be automatically included in this book.
View Tribute Book
Share Your Memory of
Veronica
Upload Your Memory View All Memories
Be the first to upload a memory!
Share A Memory
Send Flowers