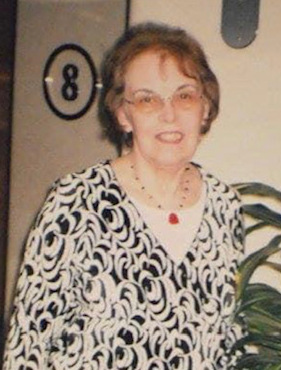 Please share a memory of Joyce to include in a keepsake book for family and friends.
View Tribute Book

Born July 15, 1939 at Jewett’s Mills NB, she was the daughter of the late Horace and Bernetta (Arbeau) Jewett. Prior to her husband’s death in 1997, Joyce and Willis owned and operated businesses in the Burtt’s Corner area including Keswick Esso, then Valley Aggregates. The family purchased Bird’s Corner Store in 1986 and has been co-owned and operated by Joyce and daughter in-law Peggy Bird. After her husband’s passing Joyce continued to provide office management support to Valley Aggregates still operated by their son Terry

In addition to her husband and parents, Joyce was predeceased by several aunts and uncles, and in-laws of the Bird family, a nephew Milton McAlister and son-in-law Paul Anderson.

At 83 Joyce was fortunate enough to work until the day she was hospitalized, lived in her own home and continued to enjoy working in her large gardens.

Joyce was a founding member of the Burtt’s Corner Lioness, past Girl Guide leader, and in earlier years volunteered with the Lighthouse School for mentally handicapped in Burtt’s Corner.

Extensive travel in later years allowed her the pleasure of touching every continent except Africa.

At Joyce’s request there will be no visitation. A private family service will be held at a later date. Special thanks to the Keswick Ambulance team, the nurses of 3SW and palliative care unit. Personal condolences may be offered through www.yorkfh.com

Look inside to read what others have shared
Family and friends are coming together online to create a special keepsake. Every memory left on the online obituary will be automatically included in this book.
View Tribute Book
Share Your Memory of
Joyce
Upload Your Memory View All Memories
Be the first to upload a memory!
Share A Memory
Send Flowers