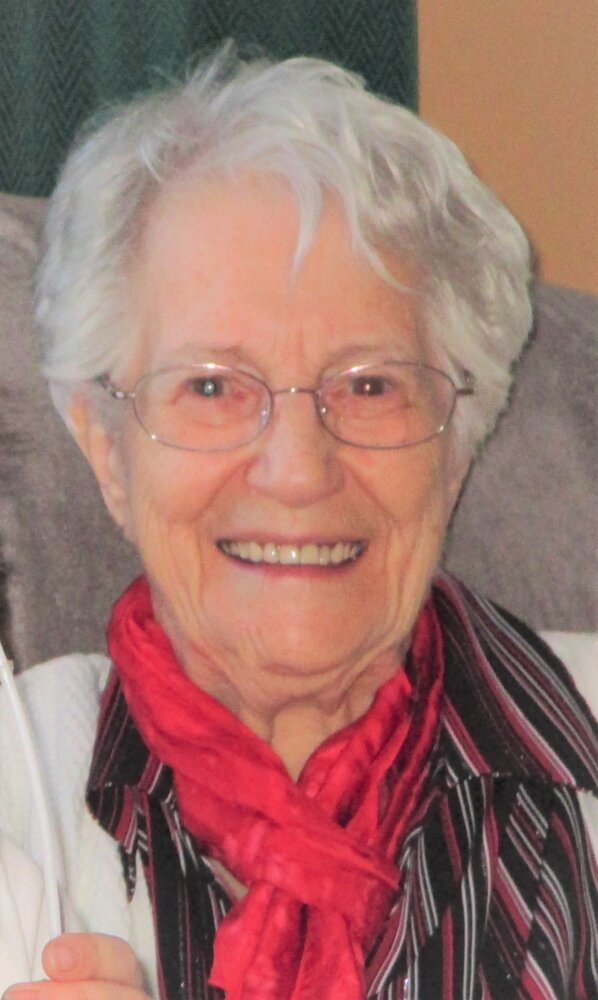 Please share a memory of Rita to include in a keepsake book for family and friends.
View Tribute Book

The passing of Rita Alice Fox of Fredericton, NB, wife of the late Donald Leigh Fox, occurred on September 22, 2022 at Neill Hall, Fredericton, NB.  Born on July 7, 1927 in St. Leonard, NB,  she was the daughter of the late Anna Marie (Lanteigne) and Wilfred Chiasson. Rita worked as an Operating Room Booking Clerk for the Dr. Everett Chalmers Regional Hospital. She was a member of St. Anthony's Roman Catholic Church and sang in the choir. She was involved with the Catholic Women's League, The New Brunswick Wheelchair Sports Association, Scouts of Canada, and Devon Seniors. Rita also vounteered at the Dr. Everett Chalmers Regional Hospital, York Manor and the St. John Ambulance.

Visitation will take place at York Funeral Home's T. Gordon MacLeod Memorial Chapel on Monday, September 26, 2022 from 12 to 2 pm, with a Memorial Service immediately following at 2 pm with Father Maria Arokiam Chinnappan officiating. Interment will take place in St. Anthony's Cemetery, Fredericton, NB. For those who wish, remembrances may be made to Children's Wish Foundation or donor’s choice.  Personal condolences may be offered through www.yorkfh.com

Look inside to read what others have shared
Family and friends are coming together online to create a special keepsake. Every memory left on the online obituary will be automatically included in this book.
View Tribute Book
Share Your Memory of
Rita
Upload Your Memory View All Memories
Be the first to upload a memory!
Share A Memory
Send Flowers