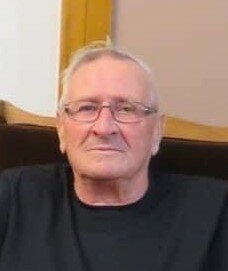 Please share a memory of George to include in a keepsake book for family and friends.
View Tribute Book

It is with broken hearts, we announce the passing of George Fairley of Bloomfield Ridge, NB at Hospice House, Fredericton, NB on Monday, September 12, 2022. George was born December 5, 1934 in Bloomfield Ridge, where he lived his whole life. He was the son of the late Bertie (Ross) and Elva Fairley. He moved across the road when he married Valerie (Munn) Fairley in October 1,1952. George started his working career at the age of 14 when he went to the woods to cut logs. He had several jobs over the years from running logging camps, driving trucks and tractors and other machines. He also guided fishermen, was a field supervisor for Forest Protection Ltd for 17 years.

George loved horses in his younger years and owned Porter Brook Percherons. He was a member of Landmark Lodge #51 of Boiestown, NB. He was the ultimate family man. His family were everything to him; we always came first. He was happiest when we were all around. He was especially happy when Karen, Morgan and then Jordyn all lived with them.

Visitation will be at York Funeral Home’s Miramichi Valley Chapel, 7681 Route 8, New Bandon, NB on Saturday, September 17 from 2-4 and 7-9 pm.  A Funeral Service will be at Miramichi Valley Chapel on Sunday, September 18, 2022 at 2 pm with Rev. Brian Curtis officiating. Honorary pallbearers are George’s granddaughters, Kelly Arbeau, Karen Lambert, Katie Williams and grandsons, Jamie Reid, Andy Reid, Mike McAleer, Derek Fairley, Chuck Fairley and Shane Fairley. Burial will take place at a later date. There will be a reception at the Central NB Woodmen's Museum in Boiestown, NB following the service. In lieu of flowers the family requests donations to Hospice House, Cameron Hill Cemetery or the donor's choice. Personal condolences may be offered through www.yorkfh.com

Look inside to read what others have shared
Family and friends are coming together online to create a special keepsake. Every memory left on the online obituary will be automatically included in this book.
View Tribute Book
Share Your Memory of
George
Upload Your Memory View All Memories
Be the first to upload a memory!
Share A Memory
Send Flowers