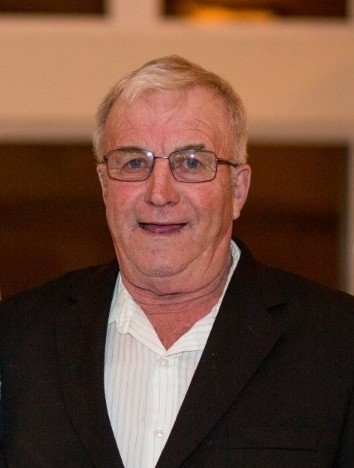 It is with great sadness that the family of Royden Glen McCoy of , announces his sudden passing on Tuesday, October 6, 2020 at the Dr. Everett Chalmers Regional Hospital.

Born September 9, 1947 in , he was the son of the late Ivan and Jean (Kelly) McCoy. Royden’s lifelong career for over 55 years was working for the family business, Ivan McCoy Trucking Ltd., as a heavy equipment operator. Royden was extremely proud of his three sons and their families. He really enjoyed lobster boils, long drives around the province with the late Torque, weekly trips to Joyce’s Home Baking and Tony’s Prime Cuts, and especially cooking large meals for the family. He loved feeding and watching the deer and birds that would roam around his property.

Visitation will take place at York Funeral Home, on Saturday, October 10, 2020 from 10 am to 12 pm. The Funeral service will be by invitation only due to the current health restrictions on Saturday, October 10, 2020 at 1 pm the funeral can be viewed at www.yorkfh.com (Funeral Webcast). In lieu of flowers, donations can be made to the or a charity of your choice. Personal condolences may be offered through www.yorkfh.com