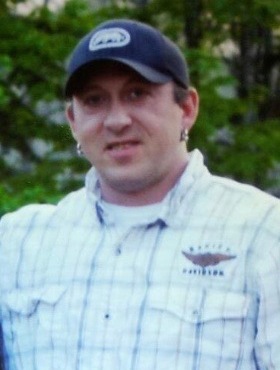 We are saddened to announce the passing of Bill Alexander Fillmore on April 8, 2020, born on October 26, 1976.  He was raised in Fredericton and resided in Halifax working for Insulation Companies for the last 11 years of his life.  Billy was the oldest son of David and Diane Fillmore.

As a child he preferred being outside, playing baseball, riding his bike, building camps in the woods and spending time with the neighbourhood kids swimming in the family pool.  He also enjoyed watching WWF and playing video games.  He and his brother Greg often thought they were wrestlers which drove their sister Christine crazy.  Later in life, Billy developed a passion for bodybuilding and spent hours at the gym.  He turned his enjoyment for wrestling to the UFC.  He knew everything about the Main Events and the stats on every fighter. While his time was cut short, his love for his family will always be remembered.  Billy enjoyed a colorful life of adventure, stories, laughter and love but he had his share of struggles and challenges.

In addition to his parents, Billy is survived by his sons, Seth Fillmore (Briana) and Ayden Fillmore of Fredericton, and his precious granddaughter, Emersyn.  Billy is also survived by his brother, Greg (Shelly) of Halifax and his sister, Christine Fillmore-Holland (Joel) of Keswick, one special niece, Violet and special nephew, Austin, several aunts, uncles and cousins.  Billy is predeceased by his maternal grandparents, Herb & Lillie Dewar, and his paternal grandfather, Arnold Fillmore and uncle, Gary Fillmore.

Due to the current health concerns, there will be no visitation or service at this time, a graveside service is being planned for a later date. Online condolences can be made through www.yorkfh.com.  For those who wish to donate in memory of Billy the family has chosen the Canadian Association of People Who Use Drugs (CAPUD) or the Navigator Street Outreach Program Halifax NS